To mark the fair, the Cité de l’Economie website posted links to a series of conferences organised by the FIAC on the theme of "art and sustainable development". It also included 3 data-visualisations on the subject of the art market. 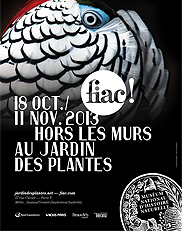 The FIAC organised a series of three conferences, in conjunction with the Paris Natural History Museum and COAL (the Coalition for Art and Sustainable Development). The theme was “Taking Action: Culture and Engagement”, and the events took place from Thursday 24 to Saturday 26 October, in the auditorium in the Natural History Museum’s Grand Gallery of Evolution:

As the central focus of the FIAC fair is the art market, the Cité de l’Economie website included links to the following infographics and data-visualisations, created by Askmedia.

In the infographic below, the bubbles show the 320 most expensive artworks sold between 2008 and 2012: 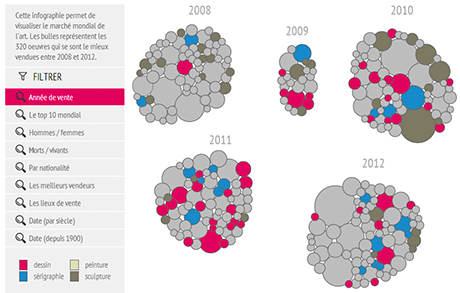 The following chart shows the evolution of the art market over the past decade and the growing importance of China: 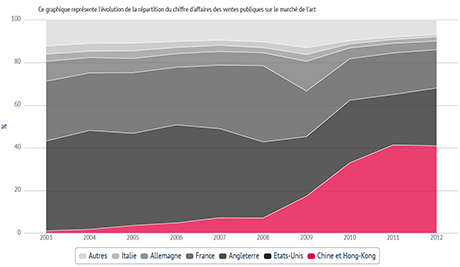 The timeline below ranks the 50 artists whose works raised the most at auction between 2008 and 2012: